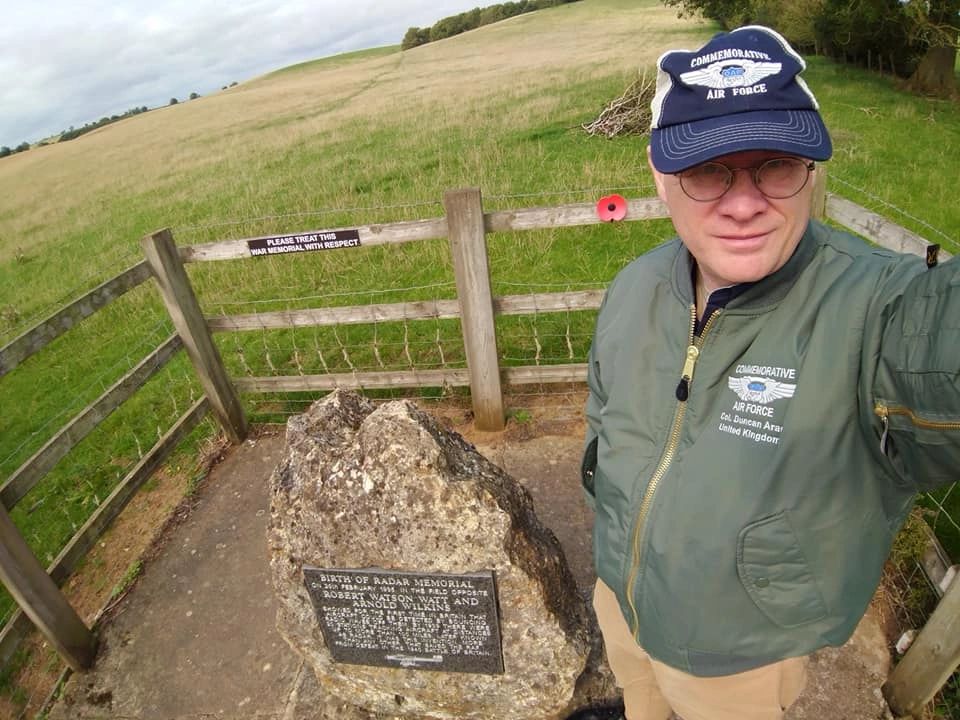 Highlighting the important research work undertaken in the inter war period, for the British development of Radar, and it's subsequent use in the Battle of Britain.

Many of you will have seen the recent articles about famous WW2 Inventions, in the CAF Digital dispatch.
https://bit.ly/2EklVjP

We thought it would be a great idea to Highlight one of the forgotten heroes of the story of Radar, and the vital role played by Mr Arnold Wilkins, alongside Robert Watson Watt.

We visited the exact field in South Northamptonshire where the experiment in 1935 conclusively confirmed the radio detection of moving aircraft was possible.  Without the experimental work carried out at this spot prior to WW2 , the outcome of the battle of Britain and defeat of the Luftwaffe  may have taken a different course.  The entire industry of technologies and uses  Civil and Military associated with Radar in the subsequent years owe a great deal to the pioneers who undertook experimentation in the back of a van in this field in 1935.   We Salute the pioneers for their great vision and the legacy they have left us with Radar.

Watch the official unveiling of the Watson Watt Memorial stone back in 2001, which was unveiled by Mrs Nancy Wilkins, along with distinguished VIP's, veterans and the local Member of Parliament at the time Mr Tim Boswell MP.
https://www.youtube.com/watch?v=UQED4C2VJfk

Welcome! Check out my new announcement.